Since the Tories bulldozed their plan to end TDC’s use of Harwich Sports Centre through the council your local Labour councillors have been working tirelessly to try to keep the facilities available for public use. The Tories have also pulled the plug on Brightlingsea Sports Centre so we have been working with Brightlingsea’s three independent councillors who are equally angry at the way Brightlingsea is being treated. The report recommending TDC’s withdrawal from the facilities was only published seven days before the decision was taken and it was dealt with in a way that offered no vote to the council on the decision.

Last night, the entire TDC opposition united behind the Labour and Brightlingsea Independents’ attempt to buy time for a rescue package through an amendment to the TDC Budget but the twenty one Tories on the council used their block vote to prevent this lifeline being available.

Every one of the twenty one Tories were present and every one of them voted against the amendment. Unfortunately, the entire opposition only totalled twenty councillors.

Please take a few minutes to watch what happened via this link, from 40 mins: https://fb.watch/bdhq6CuuNe/

Please sign the petition against this dreadful decision at: https://www.change.org/harwichsportscentre

We are still trying hard to keep these much-valued facilities open to the public but it is not looking good. We now know that the Conservative led administration running TDC is determined to block our efforts with no thought to the impact it will have for the residents of the Harwich Peninsula, both now and for future generations. 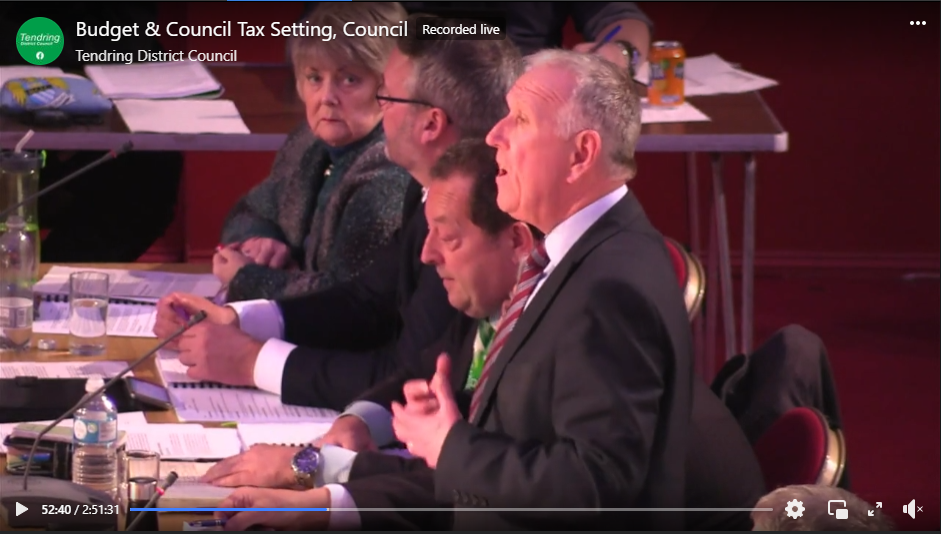