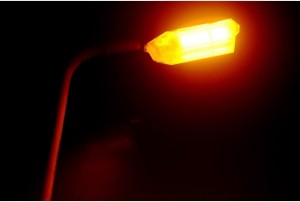 The Labour Group on Tendring District Council (TDC) will be tabling an amendment to the council’s Budget for 2015/16 at next Tuesday’s meeting of TDC to ensure that funds are available to allow the restoration of full night street lighting throughout the Tendring District.

A motion tabled by the Labour group at the November meeting of the council calling on TDC to fund full night street lighting from council reserves until Essex County Council can be persuaded to reverse its unpopular and dangerous policy was blocked by the Tendring Tories and TDC’s Conservative cabinet has given no indication when it will allow the motion to be voted on.  Labour is furious at the tactics being employed by the Conservatives to prevent the restoration of full night street lighting and is seeking to ensure that the council’s Budget includes the necessary funding to allow it to go ahead.

Leader of the Labour Group of TDC councillors, Ivan Henderson, says “We shouldn’t have to pay twice for our street lights but until the Tories accept that this dreadful policy is increasing crime, increasing accidents and is having a negative impact on pubs and restaurants we have little choice.  People are suffering because the Tories won’t admit they’ve got it wrong.”

The Labour amendment to the Budget will read:

‘In accordance with the figure of £127,000 quoted by Essex County Council in 2014 as the amount saved by ECC by switching off the lights in the Tendring District between midnight and 5AM,

funding of up to £150k is set aside in the Revenue Commitments Reserve in 2014/15, the cost of which to be met from the Fit for Purpose Budget, to allow TDC to fund the restoration of full night street lighting throughout the Tendring District in 2015/16.’

TDC is presently sitting on over £12 million in available funds so full night street lighting can easily be funded without any increase to council tax.

“The Tories at County Hall have switched off our street lights and the Tendring Tories seem determined to try to stop us switching them back on,” continued Ivan Henderson.  “It’s time they all stopped trying to defend the indefensible and listened to the people who elected them.”