Anyone can walk into Harwich Hospital’s Minor Injuries Unit if they need help. They do not need an appointment. That is the news obtained by the Labour Group on Harwich Town Council following concerns raised by residents that an ‘appointment only’ system had been introduced.

It has become widely believed that you need an appointment before you can attend the Minor Injuries Unit at Harwich Hospital and this has resulted in great concern amongst local residents. The Labour councillors on Harwich Town Council had tabled the issue for discussion at the meeting of the council on Tuesday 23rd November but prior correspondence with the North East Essex Clinical Commissioning Group has confirmed that the unit is not operating an ‘appointment only’ system and anyone can walk in off the street for assistance.

A statement issued by the CCG for public consumption reads:

The Urgent Treatment Service at Fryatt Hospital, Harwich, is a nurse-led service which is open
between 9am and 5pm every day including weekends and public holidays, for assessment and
treatment of minor injuries such as:
wounds
sprains
strains
minor dislocations
suspected fractures
removal of foreign bodies
burns and scalds
bites and stings
minor head injuries
Please note that in busy periods, in order to ensure that we maintain safe infection control
requirements, you may be given an appointment to return later in the day, if your injury does not
require immediate treatment.
For any emergency needing urgent or immediate treatment, such as chest pain, severe
uncontrolled pain or bleeding, acute shortness of breath or severe injury, you should call 999 or go
to the nearest Emergency Department. For residents of Harwich, this is located at Colchester
Hospital.

The Labour Group of Harwich Town Councillors is leaving the item on the agenda for the meeting but only to ask that everyone shares this statement as widely as possible in order to ensure that all residents know that they can walk into the Minor Injuries Unit at Harwich Hospital without an appointment if they need assistance.

Leader of the Labour Group of Harwich Town Councillors, Cllr. Maria Fowler, says, “It was both worrying and dangerous that local residents believed that they had to have an appointment before they could attend our local Minor Injuries Unit and the Labour Group is very pleased to be able to confirm that this is not the case. We do not know how this belief arose but the important thing is that the Clinical Commissioning Group has stated publicly that anyone can walk into the MIU for help without an appointment. It is important that everyone knows this.” 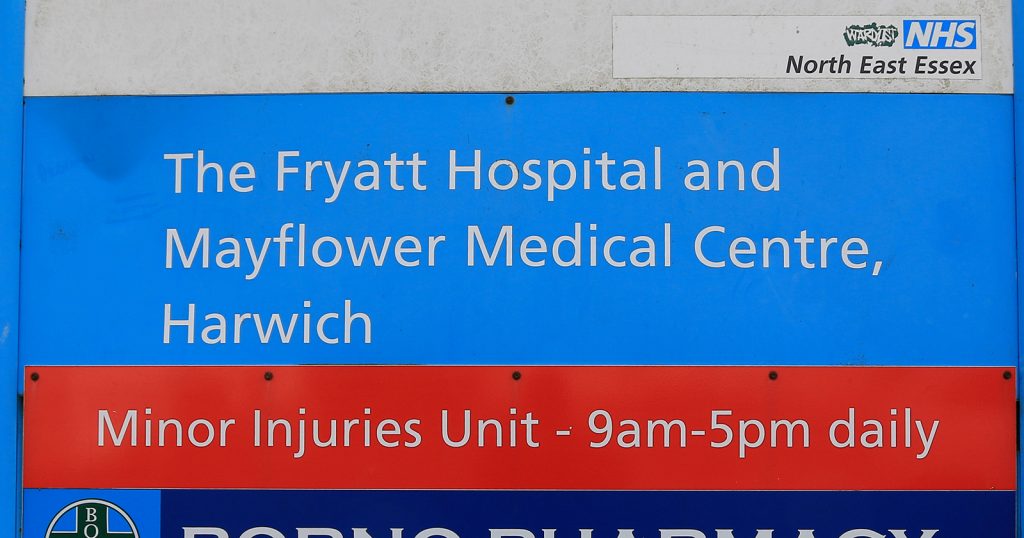