LETTER to ALL HARWICH POSTAL VOTERS:

The elections for Tendring District Council and Harwich Town Council take place on May 7th.  Because the General Election takes place on the same day local issues are not going to get the attention they usually would and your local Labour councillors have worked tirelessly over the last four years on behalf of our town.

We are aware that you vote by post and, therefore, may have voted before your local Labour team visits your street.  This being the case we are writing to you to ask you to use your votes in all three elections for your local Labour candidates.

It has been the Labour councillors who have been fighting to get the street lights switched back on at night, who have worked to stop the Conservatives closing our tip and who have upgraded our CCTV coverage to assist the police as local crime rates soar.  Instead of helping us on such issues the Conservatives have denied crime is rising, voted to keep the street lights switched off and accused us of scaremongering over the tip.  In the case of the tip it was the Standard who revealed the Conservative plan to close it and yet the Tories still played politics by blaming Labour rather than getting behind our campaign to keep it open.

Even more worrying, the constant in fighting and back stabbing among the Tendring Tories has resulted in TDC’s new Local Plan being delayed.  This means that we risk having thousands of houses built in our area without the power to stop it happening, all because the local Conservatives are arguing amongst themselves.

While all this has been going on UKIP have done nothing.  Our town needs more from its councillors than a leaflet through the door at election time and only Labour is offering more.

Whether it is about the Maternity Unit, Town Centre improvements, encouraging cruise ship passengers and crews into our town, fighting TDC to get our swimming pool refurbished or stopping the Tories from imposing crippling rent increases on local clubs, societies and organisations it has been Labour councillors working shoulder to shoulder with the local community.

Under Labour Harwich Town Council has also provided grant aid to projects such as the Mayflower Project, the LV18 lightship, the New Year’s Eve fireworks and the Harwich Festival of the Arts along with many other local good causes.

No other party has shown the dedication and commitment that Labour councillors have given over the last four years and, quite simply, no other party will.

We enclose a copy of a recent local leaflet and would ask that you support your local Labour candidates in the General, District and Town Council elections when casting your votes. 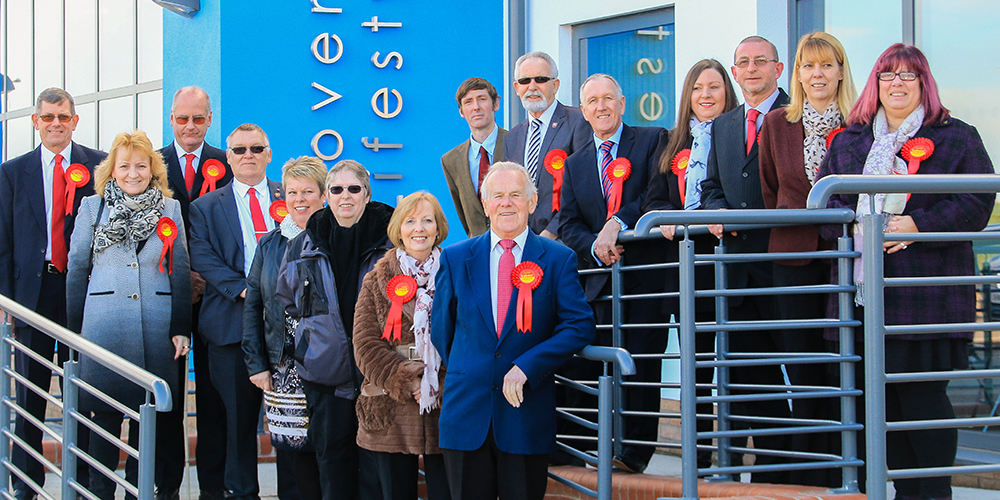