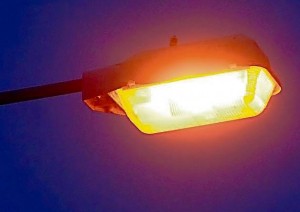 There were angry scenes at Clacton Town Hall last night as the Conservative majority running TDC cynically blocked Labour’s attempt to get the street lights switched on again in Tendring.

The Labour Group had tabled a motion that would have enabled the dreadful Part Night Street Lighting policy to end within the Tendring District but the Conservative Chair of the council used a procedure rule within the council’s constitution to prevent it being heard at the meeting.  This left Labour councillors with only one way of getting the motion heard and this was a procedure vote to suspend standing orders.  Every Conservative councillor including the three representing Harwich, Dovercourt, Ramsey and Parkeston voted against Labour to ensure that the motion could not be heard.

Leader of the Labour Group, Ivan Henderson, said after the meeting, “It was a cynical blocking move by the Tendring Tories because they knew they were going to lose the vote.  They were on the run but still determined to have their own way in spite of public opinion.  I’m sure that no one who was in the public gallery witnessing their behaviour will ever say that all parties are the same.  I was very proud of the Labour Group who put up a tremendous fight for our residents.”

The Labour councillors swamped the chair with countless procedure points trying to get the motion heard but it was clear that this was a pre determined strategy led by Council leader, Mick Page, himself one of the Conservative County Councillors who introduced the Part Night Street Lighting policy.  In the end, all that Labour could do was to force through a motion insisting that the vote was recorded which means that it is a matter of public record how every councillor voted.  Those voting to prevent Labour’s motion being heard included Ricky Callender, Claire Callender and Tony Colbourne.

Speaking after the meeting the Chair of Harwich Branch Labour Party, Charlie Powell, who was in the public gallery alongside local residents said, “I have sat in the public gallery before and been disgusted by the behaviour of Cllr Mick Page’s Tory group but last night was truly beyond belief.  Ivan Henderson had written to the council Chairman asking her to confirm that she would ensure the motion was heard but had received no reply.  Now we know why.  The anger in the public gallery was understandable and, to make matters worse, there were Tory councillors sitting there laughing.  They clearly have no respect for the people they are supposed to represent.”

Members of the public, many who had travelled from Harwich just to hear the motion debated, became understandably angry at what they were witnessing and, in an unprecedented move, the Chair had to adjourn the meeting to allow order to be restored following the vote.  It was over 20 minutes before the meeting could resume by which time Lights campaigners had left Clacton Town Hall feeling angry and let down.

Deputy leader of the Labour Group and Harwich West Ward councillor, John Hawkins, says “We were very grateful for such strong public support and were only sorry that so many had travelled so far to be treated so poorly.  We did everything we could but it is clear that the Tories were determined that our street lights would not be switched back on throughout the winter.  Labour’s motion had the full support of every opposition group on TDC but the Tories were not interested in anyone’s view but their own.”