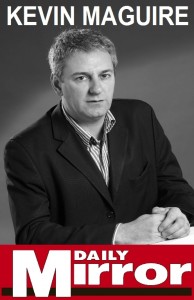 Kevin Maguire, who is a regular political commentator on BBC and Sky News Breakfast programmes and who writes a weekly column in the Daily Mirror, will be the guest speaker at the fund raising dinner taking place at the Tower Hotel and it is already apparent that many people intend to travel to Harwich to be part of the evening.

The dinner is being sponsored by the train drivers union, ASLEF, and a number of other unions are expected to book tables.

“Kevin became a good friend during my time as Harwich’s MP and it is fantastic that he has agreed to speak at our dinner. Anyone who has seen Kevin on Question Time or on Have I got News For You will know that he has a great sense of humour to go with his sharp political mind.”

Kevin agreed to speak after learning that Ivan is to be Labour’s candidate for Harwich in the forthcoming Essex County Council elections.

“It’s important to win every vote and fight every election. Politics isn’t a game but a struggle for fairness and decency.”

Tickets for the dinner are available at £15 per head through Dee King on 07974 403697 or by e mail at ivanhenderson4harwich@gmail.com 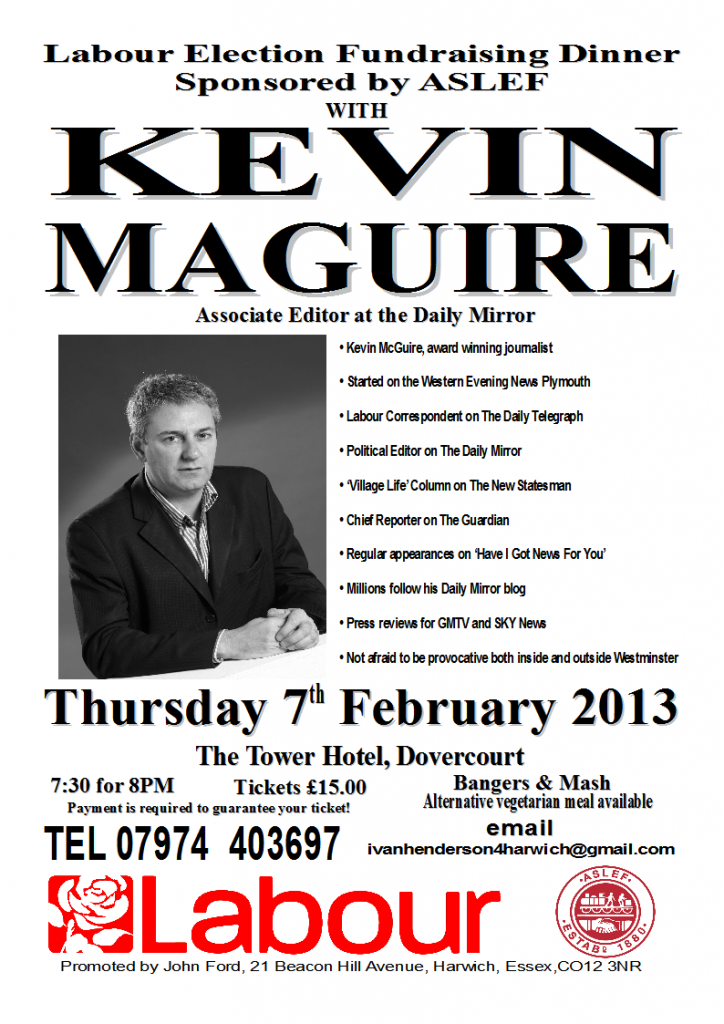